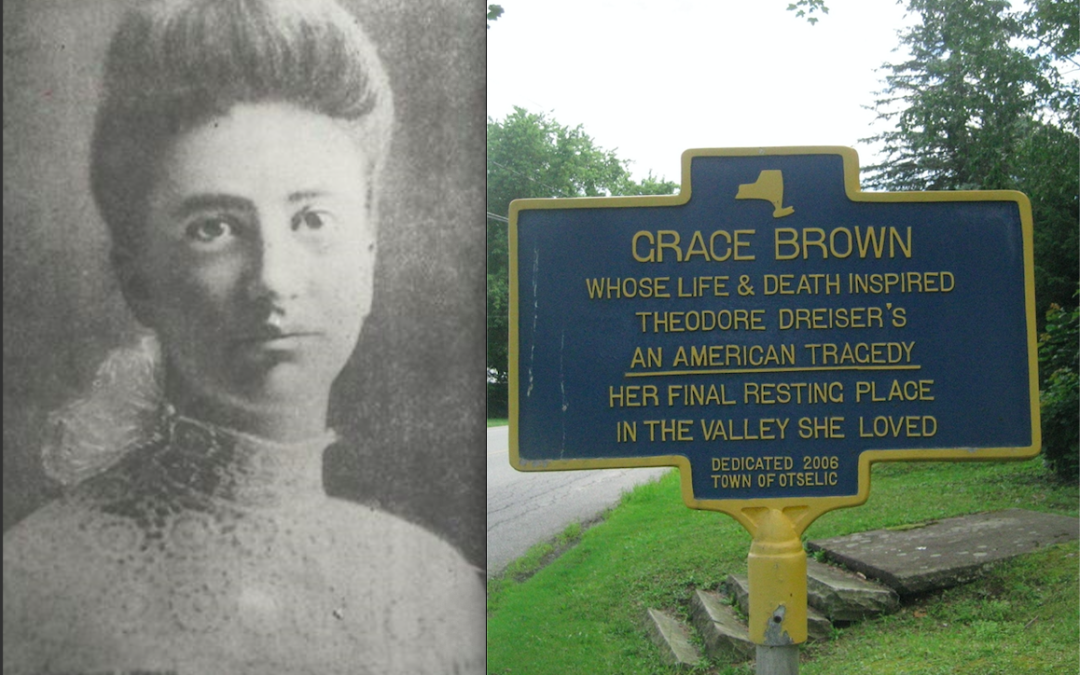 It’s Women’s History Month! And every Tuesday this March, we will be honoring the vital, integral contribution of local women to our local communities all across south central New York — by highlighting some of the history surrounding their lives and their stories.

Today, for International Women’s Day, we’ve partnered with the Chenango County Historical Society to explore the life and death of Grace Brown.

It is a difficult historical narrative to share. But like so much of history, the story surrounding Grace’s death — which happened more than 100 years ago here in upstate New York — clearly demonstrates to us that as a nation we still have much work to do to ensure no one is a victim of intimate partner violence.

Content warning: This article discusses intimate partner violence and abuse. It may be difficult for some readers.

Born in South Otselic in Chenango County on March 20, 1886, Grace Brown is believed to have been murdered at the age of 20 by her boyfriend, Chester Gillette.

The couple met in Cortland where Grace was working at the Gillette Skirt Factory, which was owned by Chester’s uncle.

Her drowning at Big Moose Lake sparked a tremendous amount of media coverage and speculation regarding the events that unfolded.

The crime influenced popular culture by serving as the basis for Theodore Dreiser’s “An American Tragedy,” a 1925 novel that was later adapted into a film and an opera. 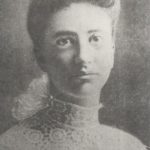 Grace was raised on a South Otselic dairy farm, graduating from a one-room schoolhouse at the age of 16.

She briefly worked as a farmhand in Norwich before deciding to move away to a larger city.

In 1904, Brown moved to Cortland to live with her recently married sister, Ada.

Grace soon became employed at the Gillette Skirt Factory, where she met Chester. 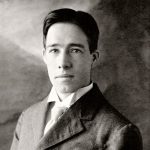 Chester was a socialite residing in Cortland who developed a romantic relationship with Grace.

Born into a wealthy family, Chester attended Oberlin Academy and worked with his uncle, Horace Gillette, during summer breaks.

Chester dropped out of Oberlin Academy in the spring of 1903 and moved to Chicago, where he sold books and served as a brakeman for the city’s railroad system.

His uncle offered him a full-time job at his factory, which Chester accepted.

Chester’s dashing looks and wealth attracted Grace. She became infatuated with him after spending nights together at her sister Ada’s home.

Chester often neglected her feelings and pursued other women without her knowledge.

Their relationship grew more problematic after Grace discovered that she was pregnant with Chester’s child.

Grace became distraught over Chester’s treatment of her in light of her pregnancy. She began to send distressing letters to him after returning home to South Otselic.

After threatening to expose his womanizing behavior, Chester wrote back telling her to spend time with her family.

He then planned a private trip to the Adirondacks, where they would arrive at Utica by train and spend time together at a lake.

Chester’s behavior during the trip was alarmingly peculiar. He would use pseudonyms while checking in to different hotels.

They arrived at Big Moose Lake, where Chester rented a small rowboat. The couple rowed across the lake, with Chester bringing his suitcase containing a tennis racket.

The next day, Grace’s body was discovered at the bottom of Big Moose Lake by Roy Higby, a teenager who saw a strange form within the lake’s deep waters.

After retrieving Grace’s body from the lake, an autopsy revealed that her face was visibly bruised from blunt trauma.

Police were able to find and arrest Chester at Eagle Bay after being informed by Grace’s family that she associated herself with him, rather than one of the pseudonyms he used when checking into hotels. 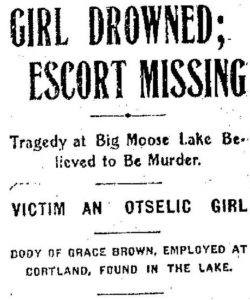 The District Attorney discovered various pieces of evidence countering his claims that Grace drowned herself and nearly dragged him into the water.

Guests at Big Moose Lake noted that Chester was disrespectful towards Grace throughout their stay.

Chester’s usage of pseudonyms, his arrival to Eagle Bay in dry clothes as recounted by eyewitnesses, and his unwillingness to report Grace’s supposed suicide to authorities after the occurrence was used as evidence against the socialite.

The trial received an extensive amount of media coverage, focusing on the evidence against Chester’s story.

Newspapers boasted sensational headlines covering his emotions and other dramatic events throughout the case. Chester was found guilty and was sentenced to death at the Auburn State Prison. 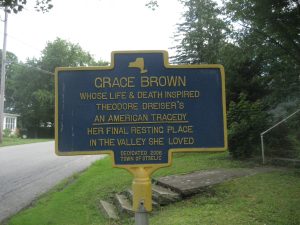 The story of Grace Brown’s death captivated the world.

The case inspired the plot for Theodore Dreiser’s “An American Tragedy,” a controversial novel that was later adapted into the 1951 film “A Place in the Sun.”

Tobias Picker adapted the story into an opera that debuted at the Metropolitan Opera in 2005.

The fates of Brown and Gillette still inspire debate amongst true crime enthusiasts over the events that unfolded and the evidence used to make the case against Gillette.