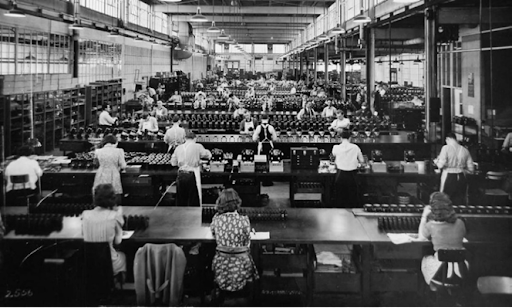 It’s Women’s History Month! And every Tuesday this March, we are honoring the vital, integral contribution of local women to our local communities all across south central New York — by highlighting some of the history surrounding their lives and their stories. This Tuesday, we’ve partnered with the Sidney Historical Association to explore the working women of Scintilla during World War II, when the Sidney, N.Y. defense plant manufactured magnetos and ignition products for planes and tanks.

Written and researched by Karen Cycon of the Sidney Historical Association.

According to its website, the Delaware County Town of Sidney encompasses 50.7 square miles and includes the Village of Sidney (population: 3,400).

In this 250th year since Sidney’s founding, the town includes more than 5,000 residents, dozens of businesses, a fire district emergency squad, a public library and an active school district.

Scintilla came to Sidney in 1925 and it has remained one of the economic foundations of the town.

The company has survived and thrived even after the devastating floods of 2006 and 2011, the closure and destruction of the original buildings, as well as the construction of a new and modern facility.

When Amphenol (which Scintilla later became) decided to stay in Sidney after the floods, the entire community breathed a collective sigh of relief.

At no time was Scintilla — a division of Bendix Aviation by 1929 — more of a driving force for the area than during the time just prior to and during World War II, when the defense plant manufactured magnetos and ignition products for planes and tanks.

Men and women working in Scintilla during the War.

At its peak, the number employed was around 9,000 people and nearly 45 precent of those employees were women.

The number of employees coming to this small town strained its resources and forced the construction of housing to accommodate the increase.

The women of Sidney and the surrounding area functioned as an integral part of the war effort — both at home and at jobs in the factory, replacing men who were away in the military and meeting the increasing demand for workers.

At first women with children were discouraged from working outside their homes by everyone from government officials to churches.

Worry over what would become of the already stressed family unit and children left on their own prompted concern, and ultimately the involvement of government and school officials.

Changes to the family unit

Lack of childcare for working women was a significant problem.

And because of inter-agency disagreements in Sidney over government funding and societal disapproval of working mothers, there was not a funded childcare facility until July 1944.

Despite the concern for the welfare of the children — and largely because of the involvement of school and government officials — the problems did not materialize.

Programs for kids were developed and a recreation center was created in the former U.S.O. building in the village. 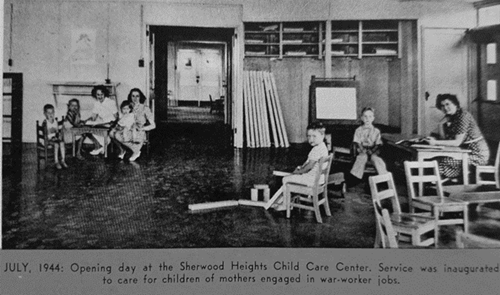 Mothers were given nutritional information for their families.

The attention paid by the agents of social welfare had prevented the predicted problems with the children, especially in this rural area of upstate New York.

But the family unit did change in Sidney, as well as other parts of the country — with more and more women working outside of their homes even after the end of the war.

As I was reading the information for this post, I couldn’t help but realize how courageous the women of the era were.

After a decade of the Depression, they needed the well-paying jobs offered by the defense plant, but if they didn’t have a family member who could care for their children, what could they do? 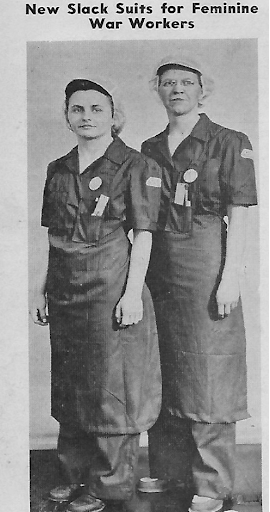 They were worried about their loved ones who were away fighting in the war and then they had to deal with the added stress of wondering if they were doing the right thing for the children, knowing that there were people actively disapproving of working outside of their homes.

Many worked a long shift at the plant and then returned to all the work at home, coupled with the lack of some food items, gas and whatever else was rationed for the war effort.

How incredibly strong and resourceful these women were!

If you would like to read more about women’s history in Sidney or your interest lies in another part of Sidney history, come visit the Sidney Historical Association and Museum at 44 Grand Street in Sidney, N.Y.

We are open on Saturdays from 10-2 and you can reach us at historicsidney@gmail.com.