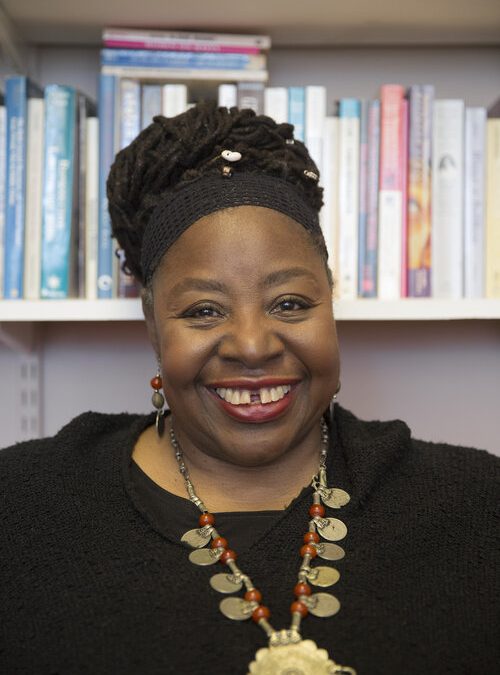 Loretta J. Ross is an academic and activist who co-created the theory of Reproductive Justice, which recognizes the integral intersectionality of reproductive rights and racial justice.

The theory, developed in the mid-1990s, lead to an ongoing national movement to uplift the needs of the most marginalized individuals, families and communities — particularly women of color.

Ross’ activism began when she was tear-gassed at a demonstration as a first-year student at Howard University in 1970. As a teenager, she was involved in anti-apartheid and anti-gentrification activism in Washington, D.C.

As part of a 50-year history in social justice activism until her retirement from community organizing in 2012, Ross served as the National Coordinator of the SisterSong Women of Color Reproductive Justice Collective from 2005-2012.

She founded the National Center for Human Rights Education, launched the Women of Color Program for the National Organization for Women (NOW) in the 1980s, and was the national program director of the National Black Women’s Health Project.

As the third Executive Director of the D.C. Rape Crisis Center, Ross was also one of the first Black women to direct a rape crisis center in the 1970s, launching her career by pioneering work on violence against women.

Ross is a rape survivor, forced to raise a child born of incest, and also a survivor of sterilization abuse at age 23.

With a community organizing and advocacy career that began at the age of 16, Ross continues to serve as an inspiration of how to survive, thrive and lead despite the traumas that disproportionately affect low-income women of color.

Did you miss our Women’s History Month profiles from earlier this month? No worries — we got this!

Catch up quick with our links to the right.